We explore the many facets of Jaipur – created in the early 18th century and the largest city within the state of Rajasthan – through specially created classes and visits within the city and its  locale.

David and Daniela will host the following classes:
– An introduction to traditional Indian jewellery
– The Jewels of the Maharajas: 1920s and 1930s commissions from the great jewellery maisons
– The influence of Indian jewels on 20th century jewellery design
– Gemstones and Planets in the Vedic tradition

We will explore a number of fascinating sites, notably –
– City Palace: built at the same time as the founding of Jaipur, (showing right), until 1949 City Palace was the ceremonial and administrative seat of the Maharaja of Jaipur, it now houses the Maharaja Sawai Man Singh II Museum and continues to be the home of the Jaipur Royal Family.

– The Gem Palace: founded and run by the Kasliwal family, The Gem Palace has created heirlooms for Emperors, Kings, Queens and Presidents. The family’s own story dates from the 16th century Mughal era when Maharajas sought to demonstrate splendour and magnificence through their jewels. Skilled gem cutters and jewellers, the Kasliwal family is deeply connected to the history of India. 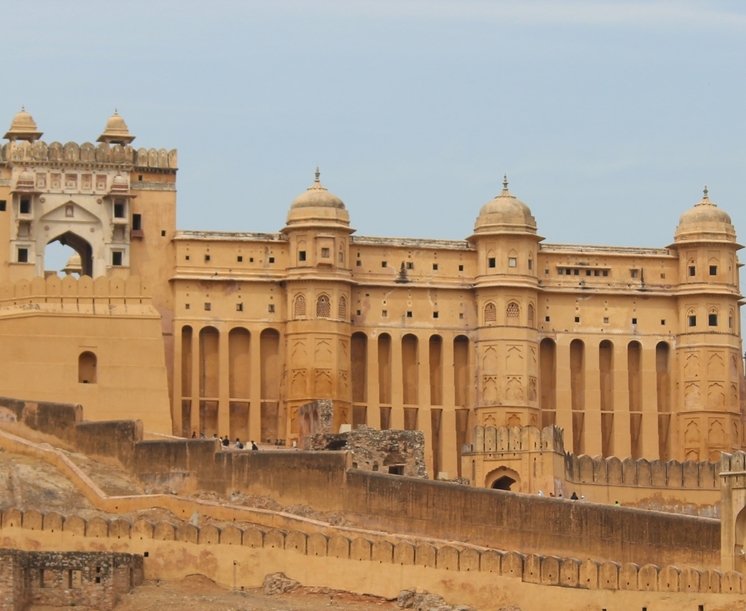 – Amber Fort: dating from the 10th century (showing above) and built in red sandstone and marble, the opulent palace is located on a high hill, laid out on four levels each with its own courtyard, featuring large ramparts, a series of gates and cobbled paths. The Amber Fort is a UNESCO World Heritage Site.

– Dharmendra Tank: we visit the workshops of this fifth generation master stone cutter and find out how his meticulous approach has secured his niche within the industry – as he says, ‘I try to cut my stones in a way that they can speak…I really need to understand their original appearance as well as using my imagination’.

We will stay at the Rambagh Palace (showing below and right) – a glorious hotel with a rich past: the former residence of Maharaja Sawai Man Singh II, it retains its splendour and is extravagantly decorated with hand-carved marble ‘jalis’ (latticework), sandstone balustrades, cupolas and cenotaphs replete with elaborate Mughal gardens. 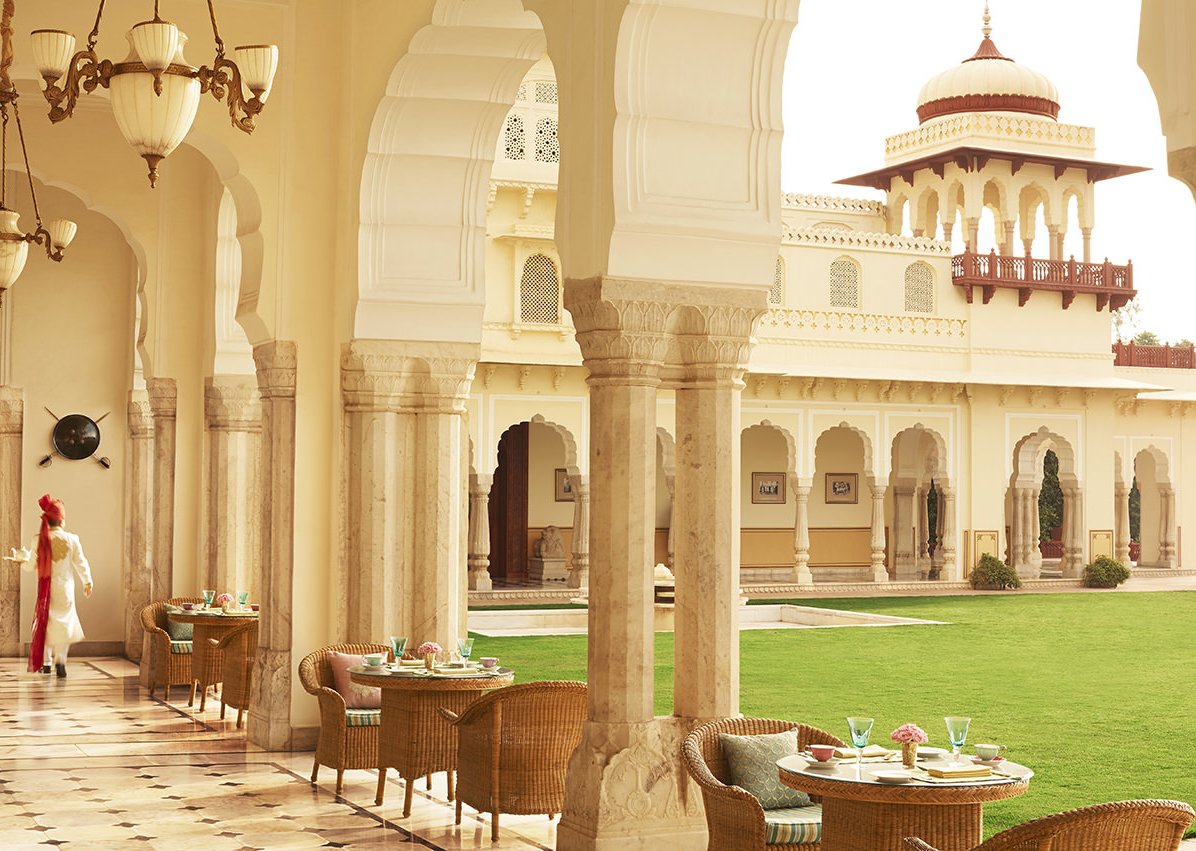 Our itinerary also includes a cookery course held in the kitchens of the Rambagh Palace.

Accommodation, meals, refreshments, entry to all local attractions, travel within Jaipur and to the sites are included in the total cost. 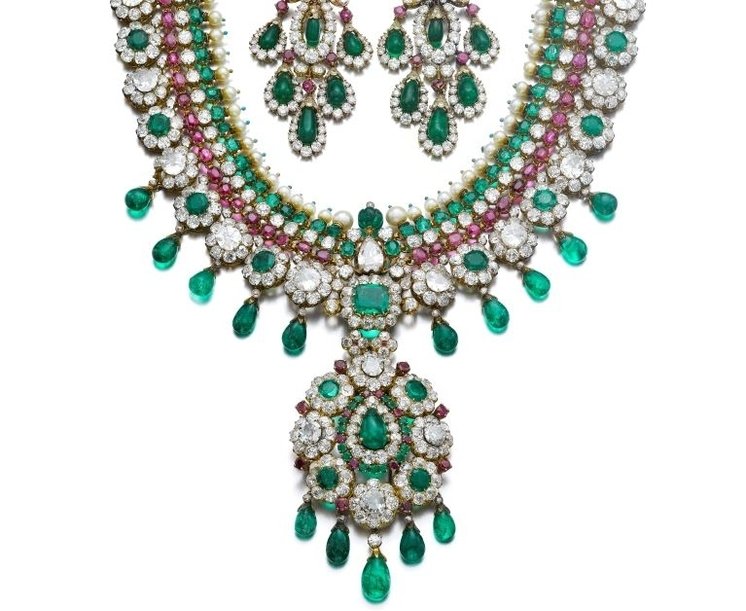 A traditional Indian ‘Thali’ collar transformed by Van Cleef & Arpels into a unique necklace, 1965-1966, accompanied by a matching pair of earrings 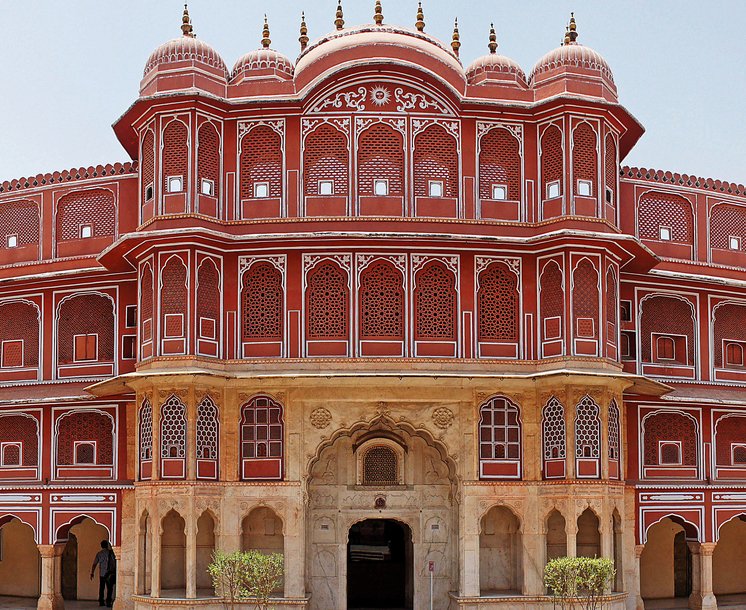 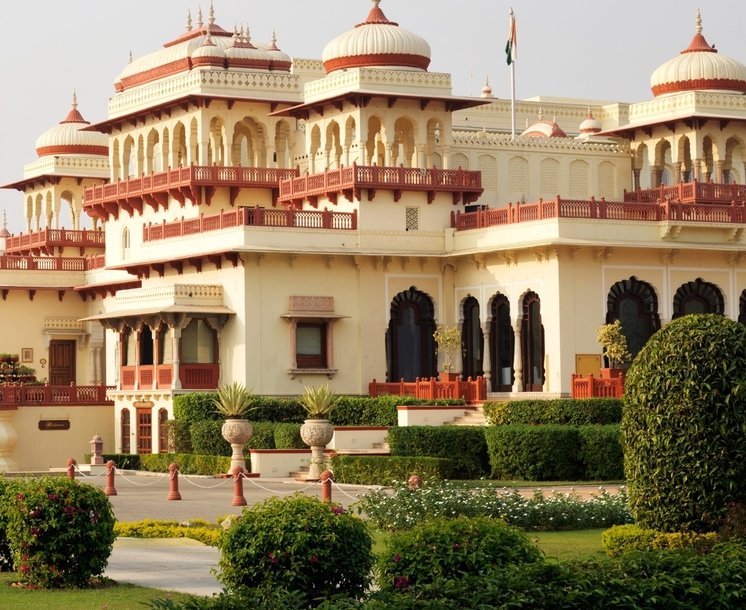 Cookies help us deliver our Services. By using our Services or clicking I agree, you agree to our use of cookies. Learn more.